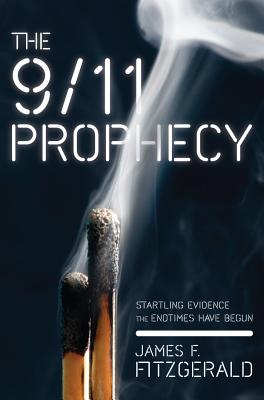 Startling Evidence the Endtimes Have Begun

In July 2000, God sent a watchman to Madison Square Garden in New York City with warning of an imminent surprise attack that would be a sign pointing to the endtimes. When this very thing happened fourteen months later on 9/11, it proved to be God’s terrible catalyst to begin the end-times right before our eyes.

The 9/11 Prophecy tells the remarkable testimony of the watchman who was sent to NYC at the Millennium. With amazing, irrefutable proof from scripture, history and providence, it shows how 9/11 set in motion two of the most critical end-time prophecies in the New Testament and how these specific prophecies will lead to America’s fall before the rise of an Islamic Antichrist in this very generation.

A producer, author, and entrepreneur, James Fitzgerald founded WatchWORD Productions as a means to use video to increase biblical literacy and help spark revival. Over 10 years in the making, THE WATCHWORD BIBLE is the first professional production of the entire New Testament ever produced, and is now a dynamic video Bible app for iPhones and iPads. His production of THE BOOK OF REVELATION won two first place awards in its release at a secular film festival at Madison Square Garden in 2000.
Loading...
or
Not Currently Available for Direct Purchase