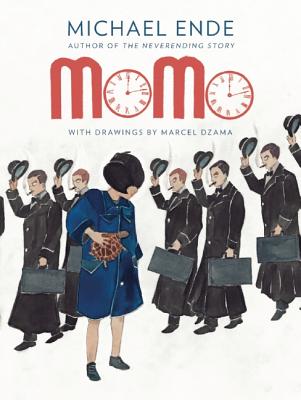 
Praise For Momo: Or the Curious Story about the Time Thieves and the Child Who Returned the People's Stolen Time…

"Here is a story so ingenious in its conception, so powerful in production that its message can safely slip unnoticed into the mind to linger after the splendid images begin to fade." The Times Literary Supplement

Michael Ende (1929-1995) was a German writer of literature, fantasy, and children's books. Most famous for his novels The Neverending Story, Jim Button and Luke the Engine Driver, and Momo, Ende considered his works relevant for all ages. He remains one of the most popular German novelists of the twentieth century.

Marcel Dzama is an artist, born in Canada, who lives and works in Brooklyn, New York.

Lucas Zwirner is a writer and translator. Born in New York City, he graduated from Yale University in 2013, where he studied Philosophy and Comparative Literature.
Loading...
or support indie stores by buying on
(This book is on backorder)