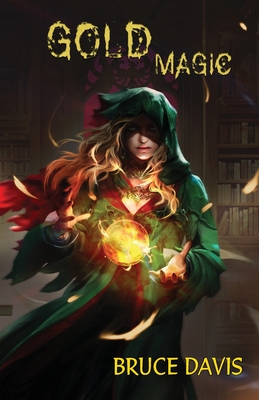 The follow up to the enormously successful Platinum Magic novel published by Brick Cave Books.The Hollows are a tinderbox. Rival drug gangs struggle for supremacy in the Orc dominated slum of Cymbeline. Poverty and prejudice keep thousands of Orcs locked in a cycle of misery and despair. When four Orc children are found dead in a vacant lot, victims of a foul Blood magic ritual, Simon Buckley and his Magic Enforcement team know they have to solve the case quickly before the Hollows explode into violence. Their investigation takes them from the mean streets of Cymbeline to the bucolic farmlands of the Grey Havens and ultimately to the Royal Palace and a secret so volatile that it threatens to destroy the Commonwealth and all that Simon holds dear.

Simon knelt beside the nearest child, a girl he noted, and checked her wrists. The marks were subtle but distinct. She had been bound with some sort of wide restraint, maybe padded with soft cloth. For an instant, his mind flashed back to another cold night, kneeling beside the body of hisfather, clutching the man's lifeless hand in a mute appeal for rescue.Children. They're not but children. He controlled a sudden surge of revulsion and anger that threatened to take his breath away. He looked up at Hal."Blood Magic," he said.

Bruce Davis is a Mesa AZ based general and trauma surgeon. He finished medical school at the University of Illinois College of Medicine in Chicago way back in the 1970's and did his surgical residency at Bethesda Naval Hospital. After 14 years on active duty that included overseas duty with the Seabees, time on large grey boats and a tour with the Marines during the First Gulf War, he went into private practice near Phoenix. He is part of that dying breed of dinosaurs, the solo general surgeon. He also is a writer of science fiction and fantasy novels.