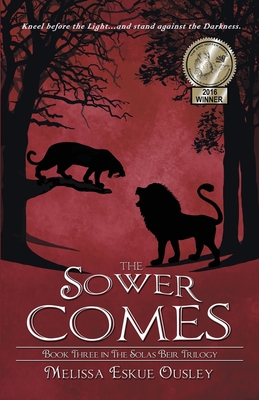 Life for David Corbin, Solas Beir of Cai Terenmare, is grim, at best. The kingdom he rules is on the brink of war. Abby, the love of his life, has vanished without a trace, and David fears the worst-that she was brutally murdered by the Daughters of Mercy, mercenaries controlled by the dark lord, Tynan Tierney. His friend, Jon, has been captured by the Kruorumbrae, the evil Shadows, and David has no idea how to rescue him, or if he's even still alive. The Eastern Oracle has pledged loyalty to Tierney's cause, and all communication with the Solas Beir and the other Oracles has ceased. And to make things worse, a new evil has risen, the mysterious Sower, a monster puppeteered by Tierney himself. The only thing working in David's favor is that Lucia, his traitorous aunt, is locked up in his dungeon. She was less than thrilled when her lover, Tierney, tried to kill her, and knows she owes David for saving her life. Lucia may have critical information about Tierney's plans for the Sower, but after all the pain and trouble she has caused, can David trust her?