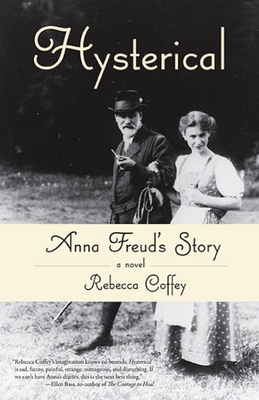 Imagine growing up smart, ambitious, and queer in a home where your father Sigmund Freud thinks that women should aspire to be wives and calls lesbianism a gateway to mental illness. He also says that lesbianism is always caused by the father, and is usually curable by psychoanalysis. Then he analyzes you. Ultimately Anna Freud loved Dorothy Tiffany Burlingham (heir to the Tiffany fortune) for 54 years. They raised a family together and became psychoanalysts in their own right, specializing in work with children. But first Anna had to navigate childhood, adolescence, and early adulthood in a famous family where her kind of romantic longings were considered dangerous. What was it like to grow up the lesbian daughter of "the great Sigmund Freud"? Aside from Anna's sexuality and from her father's intrusive psychoanalysis of her, what were the Freud family's most closely closeted skeletons? What is it about the birth of psychoanalysis that even today's psychoanalysts would prefer to keep secret? How did Anna defy her father so thoroughly while continuing to love him and learn from him? Weaving a grand tale out of a pile of crazy facts, Hysterical: Anna Freud's Story lets the pioneering child psychologist freely examine the forces that shaped her life.

REBECCA COFFEY is an award-winning print journalist, documentary filmmaker, and radio commentator. Coffey contributes regularly to Scientific American and Discover magazines. She blogs about sexuality, relationships, crime and punishment, social media, and psychology for Psychology Today, and is a broadcasting contributor to Vermont Public Radio's drive-time commentary series. Her most recent major work of journalism is the March 2012 eBook MURDERS MOST FOUL: And the School Shooters in Our Midst (Vook), which landed her appearances on Fox News, CBS Radio and NPR, among others. Her narrative nonfiction book UNSPEAKABLE TRUTHS AND HAPPY ENDINGS: Human Cruelty and the New Trauma Therapy (Sidran Press) was widely praised, and was named an Outstanding Academic Title by the American Library Association's Choice magazine. Her television documentaries about health and mental health have been broadcast nationally. Coffey is also a humorist. Her NIETZSCHE'S ANGEL FOOD CAKE: And Other "Recipes" for the Intellectually Famished was published by Beck and Branch in 2013. Other humor has appeared in McSweeney's Internet Tendency, The Rumpus, and a large handful of literary magazines and e-zines. For more on Rebeeca, go to http: //rebeccacoffey.com/hysterical-anna-freuds-story/
Loading...
or support indie stores by buying on