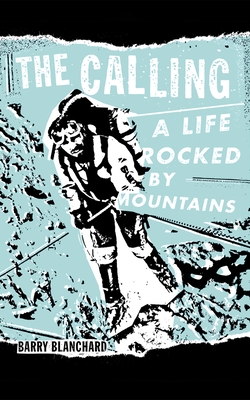 A Life Rocked by Mountains

With heart-pounding descriptions of avalanches and treacherous ascents, Barry Blanchard chronicles his transformation from a poor Native American/white kid from the wrong side of the tracks to one of the most respected alpinists in the world. At thirteen, he learned to rappel when he joined the 1292 Lord Strathcone's Horse Army Cadets. Soon kicked out for insubordination, he was already hooked on climbing and saw alpinism as a way to make his single mother proud and end his family's cycle of poverty. He describes early climbs attempted with nothing to guide him but written trail descriptions and the cajones of youth. He slowly acquires the skills, equipment and partners necessary to tackle more and more difficult climbs, farther and farther afield: throughout the Canadian Rockies, into Alaska and the French Alps and on to Everest, Peru, and the challenging mountains in Pakistan. From each he learns lessons that only nature and extreme endeavor can teach. This is the story of the culture of climbing in the days of punk rock, spurred on by the rhythm of adrenaline and the arrogance of youth. It is also a portrait of the power of the mountains to lift us - physically, emotionally, intellectually,

Barry Blanchard is one of North America's top alpinists, noted for pushing the standards of highly technical, high-risk alpine climbing in the Canadian Rockies and the Himalayas. Blanchard is a Patagonia Ambassador. He lives in Calgary, Alberta.
or support indie stores by buying on
Copyright © 2020 American Booksellers Association