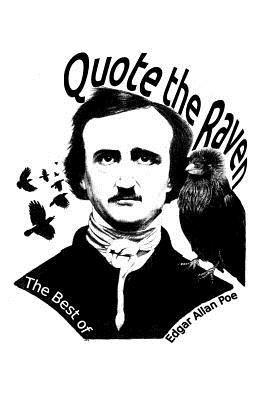 The Best of Edgar Allan Poe

Quote the Raven includes seven of Poe's best, and most well-known works. There are six short stories in this collection: The Black Cat, The Cask Of Amontillado, The Fall of the House of Usher, The Murders in the Rue Morgue (which is widely regarded as the first modern detective story), The Purloined Letter, and The Tell-Tale Heart. This "Best of" collection also includes Poe's narrative poem, The Raven.

Edgar Allan Poe was an American author, poet, editor, and literary critic, considered part of the American Romantic Movement. Best known for his tales of mystery and the macabre, Poe was one of the earliest American practitioners of the short story, and is generally considered the inventor of the detective fiction genre. He was the first well-known American writer to try to earn a living through writing alone, resulting in a financially difficult life and career. Poe and his work appear throughout popular culture in literature, music, films, and television. A number of his homes are dedicated museums today. The Mystery Writers of America present an annual award known as the Edgar Award for distinguished work in the mystery genre.
or
Buy Here
Copyright © 2020 American Booksellers Association