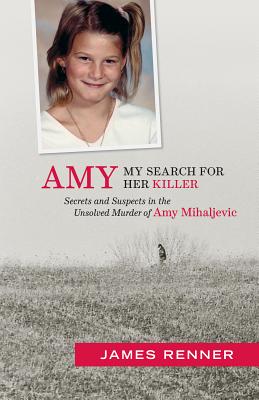 My Search for Her Killer: Secrets & Suspects in the Unsolved Murder of Amy Mihaljevic

"I fell in love with Amy Mihaljevic not long before her body was discovered lying facedown in an Ashland County wheat field. I fell for her the first time I saw that school photo TV stations flashed at the beginning of every newscast in the weeks following her kidnapping in the autumn of 1989--the photo with the side-saddle ponytail ..."

So begins this strange and compelling memoir in which a young journalist investigates the cold case that has haunted him since childhood.

It's one of Northeast Ohio's most frustrating unsolved crimes. Ten-year-old Amy Mihaljevic (Muh-ha-luh-vick) disappeared from the comfortable Cleveland suburb of Bay Village. Thousands of volunteers, police officers, and FBI agents searched for the girl, who was tragically found dead a few months later. Her killer was never found.

Fifteen years later, journalist James Renner picks up the leads. Filled with mysterious riddles, incredible coincidences, and a cast of odd but very real characters, his investigation quickly becomes a riveting journey in search of the truth.