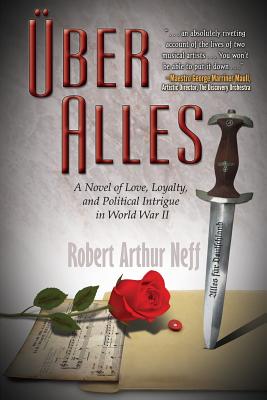 A Novel of Love, Loyalty, and Political Intrigue In World War II

Dieter, the orphaned son of a music professor, becomes the resident "piano man" in a pub favored by students and Nazi military personnel.

Sofie is the indulged daughter of a prominent Wehrmacht general and a graduate music student at Berlin's finest university. She serves as her father's hostess in his elegant home on Wilhelmstrasse, which is frequented by prominent leaders of the Third Reich. Sofie enjoys the new popular music being written and performed in America - but banned from most German halls. She and her fellow students regularly visit the pub where Dieter plays. This leads to an invitation to Dieter to tune her piano in the Wilhelmstrasse residence, and an unlikely alliance forms between the two young people.

They learn that each had a Jewish mother. Dieter's is deceased and Sofie's remains in her native Poland where she is a senior operative of the SSW, Poland's European intelligence-gathering network. When The Oster Conspiracy, an attempt on Hitler's life by some of his military officers, is uncovered, the blanket of suspicion comes dangerously close to Sofie's father and the young couple are forced to flee secretly to Prague, Czechoslovakia.

There they are relatively safe until a minor Gestapo operative becomes suspicious of their identity and begins to delve into their backgrounds.

This intensely captivating tale leads to Theresienstadt, Germany's most unusual concentration camp, where musicians were forced to perform for their Nazi tormentors.