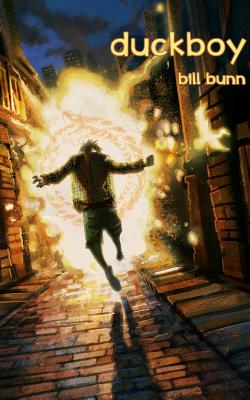 When Steve Best was 12, his mom disappeared--literally vanishing from her armchair in the sitting room. A terror-stricken scream for help, a blinding flash of light, and she was gone. Only a puddle of coffee and a stained notebook remained.

Now, on the second Christmas since her disappearance, Steve's life is a disaster. He's failing at school. His dad alternately mopes, yells, and apologizes. Even Steve's attempt to save a duck from the school bullies has led to the nickname he's dying to forget.

To make matters even worse, his dad is forced to travel over the holidays to keep his job, leaving Steve to stay with his dotty great aunt Shannon and her bookish, withdrawn husband. Shannon insists that Steve bring along his mother's coffee-stained, crinkled notebook, insisting it will help them find his mother.

Steve learns from Shannon that he comes from a family of alchemists, that alchemy is about far more than changing lead into gold, and that his mother may have been researching ways to use alchemy to transport people to different places and times.

Skeptical and very reluctant at first, Steve is finally seduced by Shannon's teachings. He masters a transformation that shows him the power of alchemy to transport people between dimensions. He might even be able to use this power to save his mom-but only if thugs or the police don't stop him first.

Bill Bunn is the author of four books, several essays and articles. His second young adult novel, Kill Shot, was released in 2015. He published his first young adult novel, Duck Boy, in 2012. His second book is a collection of grown-up essays and articles titled Hymns of Home, released in 2013. In 2003, Moon Canoe, a children’s picture book was published. This book was bought and translated into French and released as Canoë Lune (2005). He is currently writing two pages a day to generate the rough draft of his next novel. Bill Bunn lives near Millarville, Alberta, Canada. He and his wife, Linda, take care of three teenagers, two dogs, two cats, and two hives of bees. Bill teaches English at Mount Royal University.

"This debut YA novel by Canadian academic and essayist Bill Bunn is an exciting read, with vividly realized characters and an intriguing plot that maintains suspense through to the last page" — Robina Williams, author of the Quantum Cat series
or support indie stores by buying on
Copyright © 2020 American Booksellers Association