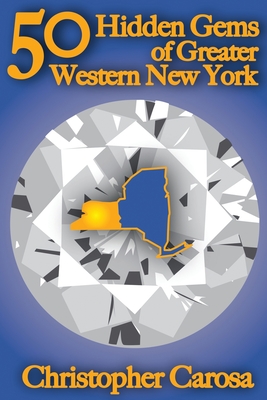 A handbook for those too proud to believe "wide right" and "no goal" define us.

By day, you might know Christopher Carosa as the oft-quoted President of the Bullfinch Fund and its investment adviser Carosa Stanton Asset Management, LLC. When he's not helping his exclusive group of clients achieve their lifetime dreams, he writes. The author of two books on investing, a stage play and more than 400 articles on everything from Modern Portfolio Theory to white cream donuts, Mr. Carosa has been a popular and entertaining speaker from coast to coast. Besides the local media, he has been interviewed and quoted in The New York Times, Barron's, CNN and Fox Business News. But what he enjoys most, though, is sharing the spell-binding stories of Greater Western New York hidden gems with area clubs, societies and organizations. Now, for the first time, he shares some of those same stories with fans, friends and followers of our region. Those willing to join him on his crusade to promote all things Greater Western New York are invited to visit GreaterWesternNewYork.com to learn more.
Loading...
or support indie stores by buying on