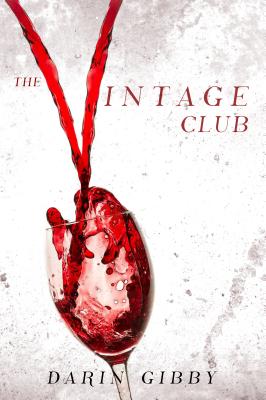 Can wine really make you live forever? Yes, if the grapes are an ancient varietal---or so the members of the Vintage Club believe. Made up of some of the world's wealthiest industrial magnates, the club conducts secret scientific research to discover what has eluded humans throughout history: the elixir of life.

Their quest hits a snag when scientist Walter Trudell is murdered. The prime murder suspect is his godson Reggie Alexander, a patent attorney whom Trudell once saved from a life of poverty in northeast Washington, D.C. As soon as news of the murder spreads, Reggie goes into hiding---soon after his wife and son disappear.

After being chased by mysterious assailants, beaten unconscious, and planted with a bug, Reggie must come to grips with his own private demons while figuring out how to save his family. The Vintage Club is a thriller that both explores the ancient Christian symbolism of wine and imagines ways that modern nanotechnology could be used to discover the fountain of youth.

Darin Gibby is the author of "Why Has America Stopped Inventi"ng? He is also an internationally renowned patent attorney and has been featured in a wide variety of publications as well as TV and radio shows, including "The Washington Post, The Wall Street Journal," the Leonard Lopate show, Yahoo! Finance and To The Best of Our Knowledge.
Loading...
or
Not Currently Available for Direct Purchase