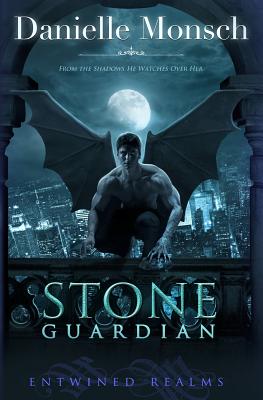 Gryphons flying past skyscrapers? Wizards battling it out in coffeehouses? Women riding motorcycles with large swords strapped to their backs? All normal sights since the Great Collision happened twenty-six years ago.

Well, not normal for everyone. Larissa Miller may have been born after the Great Collision, but as a history teacher who lives in the human-only city, she has never come into contact with any other race or species, nor has she wanted to. Her life is as ordinary as it gets - that is, until one day she walks out of her apartment and is attacked by a mob of Zombies, only to be saved by a Gargoyle.

Gargoyles trust no one outside their Clan, but due to a cryptic prophecy, Terak, Leader of the Gargoyles, has been watching over the human woman for months. While he can find no reason why the woman has been singled out, something about her stirs every protective instinct within him. When the attack confirms that the threats against her exist and are real, he convinces Larissa that though their races have never been allies, the best chance of discovering why she has been brought into his world is by working together.

In the course of their investigation Terak becomes entranced by his little human. But when he discovers why Necromancers want her and the great reward that awaits him if he betrays her, he must choose between the welfare of his Clan and not only Larissa's life, but the fate of this New Realm as well.

The creature set her on her feet again. She stepped back a few paces, gauging his reaction as she moved away.

He did not try to keep her near and let her roam as she wished. With the speed of the night's events, Larissa hadn't had the chance to study him. She took advantage of their quiet interlude to do so now.

His wings appeared leathery, and though they were currently draped over his shoulders, she remembered the full wingspan well enough that she was sure it equaled his nearly seven feet in height. He had a tail, the tip of which currently rested beside his booted foot. He was thick with muscle, every part of his body defined. His arms seemed the size of support beams, his legs thick as oaks, and his clawed hands looked as if he could encircle her waist in them.

Outside of the wings, tail, and claws that tipped his fingers, his features overall were almost human, just a little more. A little sharper, a little harder, a little bigger.

And almost...beautiful, in a rough-hewn, alien way.

He called her a guest and hadn't yet tried to harm her. She owed him an acknowledgement of what he had done for her. "Thank you for saving my life."

His eyes widened in surprise at her words, as if gratitude was the last thing he ever expected to receive. He inclined his head a fraction. "You are welcome," he said in those deep tones that relaxed her against her will.

"I assume from your conversation-" Larissa waved her hand toward the ceiling, "-with the others, you are the leader here?"

"So can you tell me what you are?"

His head tilted as he studied her. "You do not know?"

"I'm a human who lives in the human-only city. I know elves have pointy ears and dwarves are easy to trip over. Too much beyond that, I'm at a loss."

The question unsettled him, if the way he broke her gaze and stared into the blazing fire was anything to go by. "I am a gargoyle," he said at last, tension in the rigid set of his shoulders.

There was a time when Larissa had wanted to learn about the other races, before she realized why her father carried such tension at the mention of any creature that had appeared since the Great Collision and set aside any curiosity in favor of pleasing her father. She only knew the big ones - dwarves, elves, werewolves... vampires. Still, for the first time since she was little, Larissa wished she had snuck some books and spent a little more time learning about the new races.