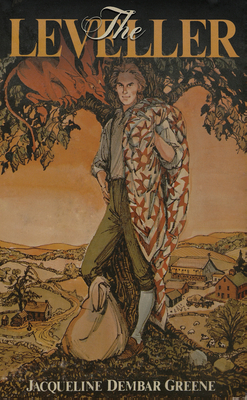 Set in the year 1779, The Leveller gathers the historical facts of the life and times of the main character, Tom Cook, and weaves them into a tantalizing fictional story of his daring escapades in colonial New England. Legend has it that Tom's mother had sold his soul to the Devil in return for his recovery from a childhood fever. His neighbors thought he was bewitched and Tom became a loner, stealing from the wealthy and giving to the poor--"leveling" fortunes, so to speak.

This historical novel, written for the middle grade reader, was first published in 1984 and has been out of print for many years.

"Drawing from journals and legends of early New England, the author has fashioned a tale of the notorious Tom Cook...Although he was openly feared and treated as an outcast, he was secretly loved by many as "The Leveller," a contemporary Robin Hood. Tom's cleverness in outwitting the wealthy eventually pays off, as he manages to outwit the Devil and regain his soul."-American Bookseller