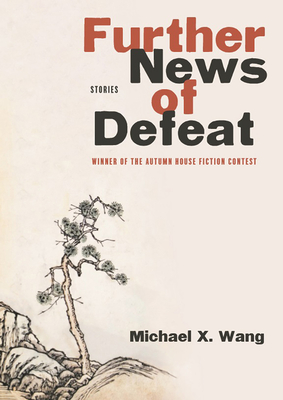 Steeped in a long history of violence and suffering, Michael X. Wang’s debut collection of short stories interrogates personal and political events set against the backdrop of China that are both real and perceived, imagined and speculative. Wang plunges us into the fictional Chinese village of Xinchun and beyond to explore themes of tradition, family, modernity, and immigration in a country grappling with its modern identity. Violence enters the pastoral when Chinese villagers are flung down a well by Japanese soldiers and forced to abandon their crops and families to work in the coal mines, a tugboat driver dredges up something more than garbage polluting the Suzhou River, and rural and urban landscapes are pitted against each other when young villagers are promised high-paying work in the city but face violent persecution instead. In this world where China has regressed back to its imperial days, we meet an emperor who demands total servitude and swift punishment for attempts at revolution, and we follow a father who immigrates to the United States for a better life and loses everything in a tragic accident—aside from his estranged son—with whom he stubbornly refuses to make amends. Further News of Defeat is rich with characters who have known struggle and defeat and who find themselves locked in pivotal moments of Chinese history—such as World War II and the Tiananmen Square massacre—as they face losses of the highest order and still find cause for revival. Further News of Defeat is the winner of the 2019 Autumn House Press Fiction Prize.

“Wang’s stories travel from the countryside to the city and back, from China to America, though time and space thrillingly; they are hilarious and tragic, political and domestic, beautiful and brutal, not in turn but miraculously at the same time. On every page technically nervy and beautifully written and startling—in language, character, telling detail—Further News of Defeat is intensely interested in the questions and sorrows and strange jokes of being a human being in the world.”
— Judges' Citation

"This collection demonstrates an extraordinary range: real and fantastic, urban and rural, young and old, past and present. The stories move with measured and unflinching prose. . . . The disparate narrators show Wang’s extraordinary capacity to empathize with different people. Wang is thorough in imagining the thoughts of his characters, especially when their thoughts are questionable or when they’re not behaving well. The authorial distance seems quite an accomplishment in a writer’s first work. The stories are literary, but written as if told and not written. At its intersection, Wang delivers stories of remarkable symmetry. This is a collection full of devastating loss, yet resonant light cracking against the long night."
— Judges' Citation

What’s so exciting about his collection is how many tones and registers [Wang] can operate in. . . . Wang blends fictional towns and figures with real events, like the Tiananmen Square massacre, to construct a range of stories downright epic in scope. It is incredibly reductive to say that a country the size of China—or any country, for that matter—can be captured by a single book. But the characters in Wang’s Further News of Defeat provide an engaging, wide-ranging look at a country where the only thing more common than family and tradition is change."
— Pittsburgh Quarterly

"The collection moves between eras, spanning most of the 20th century to today. Its geographical heart is Xinchun, a fictional mountain village in China that has endured cholera, invasion, fraud, and hunger. In each story, rural China grates against urbanization. Tradition grates against technology, and poverty grates against new wealth.
Wang’s stories about a shifting modern China are never comfortable. They scratch like burlap, or like what I imagine empty sorghum sacks—which one character uses as luggage—feel like. They are unsettling, often brutal, sometimes tender, always plainspoken. Violence, including sexual violence, runs through them as an undercurrent. Yet as a storyteller, Wang’s sensitivity is evident. Wang, who was born in the small coal-mining village of Fenyang in Shanxi Province and immigrated to the U.S. as a child, attends to the book’s inquiries with heart."
— Carolina Quarterly

“In Further News of Defeat, Wang reveals a remarkable ability to move fluidly through time periods and points of view, all with such a clear and vibrant voice—the stories then sing on a sentence level while also illuminating the world at large. There’s big ambition here, but shown through these small moments and stylistic flourishes, and the combination is both graceful and exciting, a tumbling between micro and macro, between individual and society, scene and era.”
— Aimee Bender, author of "The Particular Sadness of Lemon Cake"

"Michael X. Wang’s collection of stories, Further News of Defeat, focuses intensely on the people of China, in their home country and in their diaspora, but make no mistake about this splendid book. It is about all of us. His stories brilliantly explore the deepest theme inherent in every human being and in most great literature: our yearning for a self, for an identity, for a place in the universe. This is a remarkable debut by a gifted new artist."
— Robert Olen Butler, author of A Good Scent from a Strange Mountain

“Wang’s debut collection is a masterful amalgam of heart, brutality, and irony. Wang sees deeply into his subject. With offhand precision his stories present a vision of recent China that feels utterly genuine even when he is raucously, indubitably inventing. This is political fiction of a high caliber.”
— Sharon Solwitz, author of Once, in Lourdes: A Novel

“Further News of Defeat is a collection of deeply researched and engrossing, wonderfully evocative and moving short stories about the people of a particular village in China and the migration of their descendants to urban centers and new lands. What’s extraordinary about this book is how it also reads like a distilled epic bringing to life the great clash of tradition and progress in a half-century of dizzyingly rapid change in the world’s most populous country. A beautiful, assured, and unforgettable debut.”
— Porter Shreve, author of The End of the Book

"Although the stories in this engrossing debut collection cover myriad perspectives, time periods, and themes, Further News of Defeat also reads with the cohesiveness and urgency of the best political novels, capturing the consequences of history’s largest, cruelest forces—war, poverty, corruption—on the individual lives of its characters. As the collection weaves through the history of China—both real and imagined—Wang tackles dark, painful subjects with startling tenderness and care. Further News of Defeat is a stunning debut from a major new talent."

— Jake Wolff, author of The History of Living Forever

Michael X. Wang was born in Fenyang, a small coal-mining city in China’s mountainous Shanxi Province, and he immigrated to the United States when he was six, and has lived in New York, Michigan, Illinois, Indiana, North Carolina, and Florida. He is an assistant professor of English and creative writing at Arkansas Tech University, and his work has appeared in New England Review, Greensboro Review, Day One, and Juked, among others. He lives in Russellville, Arkansas.