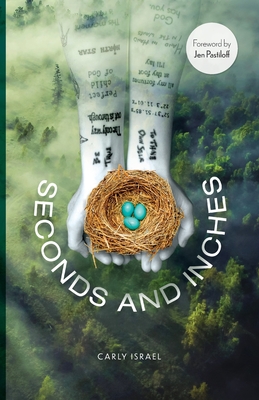 "I wear a sash like a beauty queen," writes Carly Israel, "except mine reads Broken."

A child of alcoholics and grandchild of Holocaust survivors, Israel felt pressured to deny that anything was wrong at home. To the outside world she was an overachieving, straight-A student, but the reality included substance abuse starting at age nine, an eating disorder, exercising to the point of injury, and eventually, in college, a suicide attempt.

The process of getting sober meant realizing how much she was affected by the traumas suffered by her parents and grandparents, and finding a version of God that made sense to her. With her newfound sobriety, Israel went on to finish college and graduate school, mentor other people in recovery, marry, and start a family. But her third child, Levi, developed serious medical complications that launched her on a years-long quest to get adequate diagnoses and treatments.

As her marriage unraveled and her son's health challenges continued, Israel realized that her earlier conception of God needed to change: "I no longer believed," she writes, "that God had a plan for me and that every little piece of my life was laid out in detail. I no longer believed that everything happened for a reason. Now, I believed in a God that would give me all the support, love, strength, courage, and guidance I needed to get through each day."

As she finds a soulmate and embarks on a new marriage and a reoriented relationship with God, she also begins a daily practice of gratitude. Throughout Seconds and Inches are thank-you letters that Israel has written to loved ones and supportive friends, but also to schoolyard bullies and uncaring medical personnel, all of whom have taught her important lessons and helped her become the person she is: "a badass, sparkly, lit-up, on fire, brutally honest, potty-mouthed, tattooed woman."

A story of recovery and transformation, Seconds and Inches is also a thoughtful reflection on generational trauma, gratitude, and forgiveness.