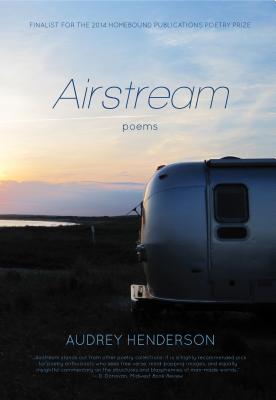 Vagabonds, prophets and vanishing societies, hunters of rare species and rare truths, silent canyons and the New Jersey Turnpike-Audrey Henderson's witty and profound poems lead us on a pilgrimage to the extreme edges of artistic and spiritual exploration.

Audrey Henderson’s writing is rooted in her early life on the edge of Edinburgh, Scotland, where the clash of city and country, ancient history and wrenching modern change began an enduring fascination with the interplay between the natural and the man-made environment.

She has been active in the areas of literacy and environmental education for the last ten years and has just completed the launch of a school/church partnership and literacy volunteer program at an under-resourced Boston Public School.  She is a long serving school program guide at the Arnold Arboretum of Harvard University.

Audrey graduated from the University of Edinburgh, She has written frequently for BBC Radio Scotland and published a short story “Tales to Tell” in association with a radio series for schools.

Her poetry has appeared widely in both the United States and Britain, most recently in Magma, New Writing Scotland 31, Tar River Poetry and the Midwest Quarterly. She is the recipient of a 2014 Hawthornden Fellowship and was shortlisted for Scotland’s Dr. Gavin Wallace Fellowship. She won second place in the River Styx International Poetry Contest and was a finalist in the Indiana Review ½ K Award as well as being chosen as a Special Merit Poet in the 2009 Muriel Craft Bailey Memorial Award Contest.  She was a finalist the 2012 and 2014 Slapering Hol Chapbook Contests and the 2012 Philbrick Poetry Contest.

She lives in Boston with her husband Richard and their children, Helen and Emma.