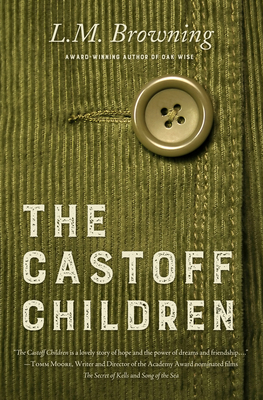 The year is 1850. The Revolutionary War has long since come to an end and the industrial revolution is beginning to build steam, overturning the old ways of home and hearth as it gains momentum. In a desperate hour, in the back alleys of Boston, a group of twelve castoff children come together to care for each other. Plagued by the unanswered questions surrounding their past and grief for loved ones lost, the children attempt to come to terms with the bitter truths that have defined their life thus far. Feeling forsaken, faced with prejudice, hostile gangs and in the hardest winter on record, the children find themselves on the ragged edge. Until a series of mysterious events begin taking place, making them feel that they are not as alone and helpless as they might have thought.

Separated from his friends during a week of successive blizzards, Joseph—the fourteen-year-old boy at the head of this family of outcasts—becomes snowbound in a condemned building while searching for one missing among their number. It is during his days beset in the basement of this building that Joseph—starved and feverish—experiences a vision of another life lived upon a rolling green land, spurring him to do something he has not done in a long time: believe that life can be more than mere survival. These surreal events culminating in the arrival of a good-hearted stranger who, while wounded himself by injustice and loss, brings renewed hope to these children who have dreamed of being loved.

L.M. Browning is an award-winning author of twelve books. In her writing, Browning explores the confluence of the natural landscape and the interior landscape. In 2010, Browning debuted with a three-title contemplative poetry series. These three books went on to garner several accolades including a total of 3 pushcart-prize nominations, the Nautilus Gold Medal for Poetry, and Foreword Reviews’ Book of the Year Award. She has freelanced for several publications and has a biannual interview column in The Wayfarer Magazine in which she has interviewed dozens of notable creative figures such as Academy Award-Nominated filmmaker Tomm Moore and Peabody-winning host of On Being Krista Tippett. Balancing her passion for writing with her love of learning, Browning is a graduate of the University of London, and a Fellow with the International League of Conservation Writers. In 2011, she opened Homebound Publications, a rising independent publishing house based in Connecticut. She is currently working to complete a L.B.A. in Creative Writing at Harvard University’s Extension School in Cambridge, Massachusetts. visit her at www.lmbrowning.com