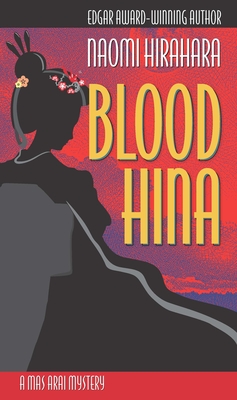 The fourth installment of the Mas Arai mystery series and the precursor to Strawberry Yellow, Blood Hina is now in paperback for the first time.

Mas Arai's best friend Haruo is getting married, and he has grudgingly agreed to serve as best man. But when the ancient Japanese doll display that belongs to Haruo's fianc e goes missing, the wedding is called off with fingers pointed at Haruo. To save his friend's life, Mas must untangle a web of secrecy, heartbreaking memories, and murder dating all the way back to the Japanese American detention centers of World War II and drug-running of the 1980s.

Naomi Hirahara is the Edgar-winning author of the Mas Arai mystery series, including Summer of the Big Bachi, Strawberry Yellow, Sayonara Slam, and Hiroshima Boy. She is also the author of the Leilani Santiago mysteries, the Ellie Rush mysteries (Penguin), and the co-author of Life After Manzanar (Heyday). Her Mas Arai books have earned such honors as Publishers Weekly's Best Book of the Year and one of the Chicago Tribune's Ten Best Mysteries and Thrillers. Naomi has also written many books about gardening and Japanese-American history and culture, and has contributed to several anthologies, including Los Angeles Noir and Santa Cruz Noir. The Stanford University alumna was born and raised in Altadena, California; she now resides in neighboring Pasadena. Learn more at naomihirahara.com.
or
Not Currently Available for Direct Purchase