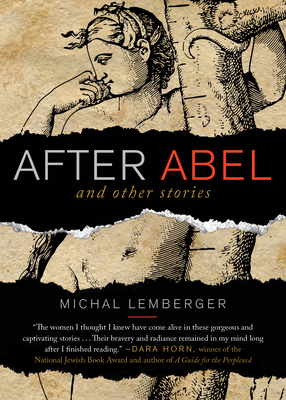 After Abel and Other Stories

Finalist, 2015 National Jewish Book Award Honorable Mention, Sophie Brody Medal, American Library Association One of the Jewish Book Council's 15 fiction books that shaped Jewish literature in 2015 "Lemberger imbues her characters with a consciousness that, although taking place in ancient times, seems contemporary, because she brings such empathy to her characters... It is this act of empathy that shines through.... an alternative dialogue that reminds us that it is the stories that we tell that are civilization's true heritage." -- FORBES Eve considers motherhood.
Miriam tends Moses.
Lot's wife looks back.

Vividly reimagined with startling contemporary clarity, Michal Lemberger's debut collection of short stories gives voice to silent, oft-marginalized biblical women: their ambitions, their love for their children, their values, their tremendous struggles and challenges. Informed by Lemberger's deep knowledge of the Bible, each of these nine stories recasts a biblical saga from the perspective of a pivotal woman.

Author Michal Lemberger's nonfiction and journalism have appeared in Slate, Salon, Tablet, and other publications, and her poetry has been published in a number of print and online journals. A story from After Abel, her first collection of fiction, was featured in Lilith Magazine. Lemberger holds an MA and PhD in English from UCLA and a BA in English and religion from Barnard College. She has taught the Hebrew Bible as Literature at UCLA and the American Jewish University. She was born and raised in New York and now lives in Los Angeles with her husband and two daughters. Foreword contributor Jonathan Kirsch is the book editor of the Jewish Journal, a longtime book reviewer for the Los Angeles Times, a guest commentator for NPR affiliates KCRW-FM and KPCC-FM in Southern California, and an Adjunct Professor on the faculty of New York University's Professional Publishing Program. He is the author of thirteen books, including the bestselling The Harlot by the Side of the Road: Forbidden Tales of the Bible. He lives in Los Angeles, California.
Loading...
or support indie stores by buying on