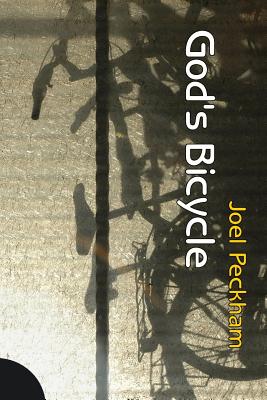 "A Chevy up on blocks is only an eyesoreto the faithless."-from "Husks"In GOD'S BICYCLE, Joel Peckham's fifth collection of poetry, he offers a spiritual road mix for 21st-century America. In poems that travel from the heartland through Appalachia to New England, he sings a song crafted from his own strange brew of off-kilter, irreverent psalms, prayers, hymns, aubades, and elegies in praise and homage to a fragmented but beautiful landscape and people. Drawing as much from rockabilly as Whitman, these poems are always intense and often exuberant, even in their struggle for the kind of hope that can "rise green and leafy from a bitter soil.

Joel Peckham is a scholar, essayist and poet who has published a book of essays, two books of poetry, and two chapbooks His work has appeared in many literary and academic journals including The Southern Review, Prairie Schooner, The Black Warrior Review, Riverteeth, The North American Review and American Literature Currently he is an Assistant Professor of Regional Literature and Creative Writing at Marshall University.
or
Buy Here
Copyright © 2020 American Booksellers Association