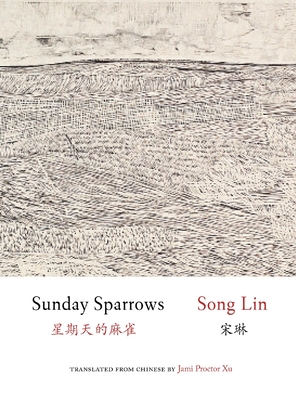 Song Lin's poems explore his sojourns in several countries, the natural world outside him, and his own inner landscape. His early imprisonment during the 1989 Tiananmen Square protests gave rise to the title poem, as well as a profound sense of yearning that pervades much of his work. He is a wanderer in the world and in the language of poetry, often finding beauty in others that are also on the move: birds, rivers, the wind. While his work is rooted in both contemporary and classical Chinese poetry, he incorporates Amercan, French, and Latin-American literary traditions into his poems.

Song Lin, born in Xiamen, China, has published five collections of poetry (two of which were translated into French and published in France), two books of prose, and has co-edited a contemporary poetry anthology. He began writing poetry in the 1980s as a "campus poet," and was imprisoned for almost a year for participating in student protests. He married a French woman, moved to Paris in 1991, and subsequently lived in Singapore and Argentina, before returning to China in 2003. He has received Rotterdam and Romanian International Poetry Fellowships and the Shanghai Literature Prize. He is a poetry editor for the literary journal Jintian.
Loading...
or support indie stores by buying on