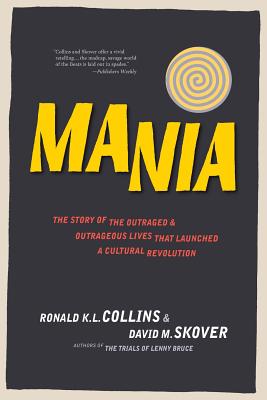 By the time Lucien Carr stabbed David Kammerer to death on the banks of the Hudson River in August 1944, it was clear that the hard-partying teenage companion to Jack Kerouac, Allen Ginsberg, Neal Cassady, and William S. Burroughs might need to reevaluate his life. A two-year stint in a reformatory straightened out the wayward youth but did little to curb the wild ways of his friends.

MANIA tells the story of this remarkable group--who strained against the conformity of postwar America, who experimented with drink, drugs, sex, jazz, and literature, and who yearned to be heard, to remake art and society in their own libertine image. What is more remarkable than the manic lives they led is that they succeeded--remaking their own generation and inspiring the ones that followed. From the breakthrough success of Kerouac's On the Road to the controversy of Ginsberg's Howl and Burroughs' Naked Lunch, the counterculture was about to go mainstream for the first time, and America would never be the same again.

Based on more than eight years' writing and research, Ronald Collins and David Skover--authors of the highly acclaimed The Trials of Lenny Bruce (2002, 2012)--bring the stories of these artists, hipsters, hustlers, and maniacs to life in a dramatic, fast-paced, and often darkly comic narrative.