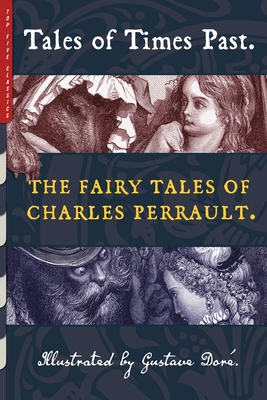 Tales of Times Past

The Fairy Tales of Charles Perrault (Illustrated by Gustave Doré)

The fairy tales of Charles Perrault-10 timeless stories published from 1693 to 1697-have endured in the public imagination, becoming archetypes that define the genre. Told with style, sophistication, and wry humor, Perrault's tales inspired writers and folklorists throughout the 18th, 19th, and 20th centuries and were the basis for numerous popular adaptations, including the animated films of Walt Disney.

Including all 10 of Perrault's fairy tales-including "Sleeping Beauty," "Cinderella," "Little Red Riding-Hood," "Puss in Boots," "Little Thumbling," and "Bluebeard"-this Top Five Classics compilation features all 41 engraved illustrations by Gustave Dor from his famed 1862 edition, with a new translation of Perrault's original French texts (including the morals in verse), an informative introduction, and a detailed author biography. Meant for children, but enjoyed by readers of all ages, this illustrated edition captures the wonder, charm, humor, and fright of the original tales, in a modern translation that reflects the simple yet elegant language of Charles Perrault.