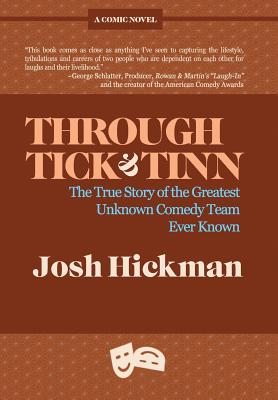 The True Story of the Greatest Unknown Comedy Team Ever Known

"I worked with one of the most famous comedy teams of all time, Rowan and Martin, on "Laugh-In." Before that I had worked with the Ritz Brothers, the Marx Brothers, Abbott & Costello, Martin & Lewis, Tim Conway & Harvey Korman (and of course, Nixon & Agnew). This book comes as close as anything I've seen to capturing the lifestyle, tribulations and careers of two people who are dependent on each other for laughs and their livelihood." George Schlatter, Producer, Rowan and Martin's "Laugh-In," founder of the American Comedy Awards

Say "Martin & Lewis," they'll say, "A phenomenon " Say "Rowan & Martin," they'll say, "Laugh-In " Say "Tick & Tinn," they'll say, "You mean the tailors?" Finally, Josh Hickman bravely attempts to right a tragic comedic travesty which has persisted in the annals of entertainment for decades longer than it should have. Unmercifully digging through personal interviews, yellowed press clippings, grainy videotapes, scratchy kinescopes, scratchier comedy albums, and reams of questionable anecdotes, Mr. Hickman has managed to do the unthinkable--to piece together the most coherent portrait possible of the life of one of the last great comedy teams of the era.