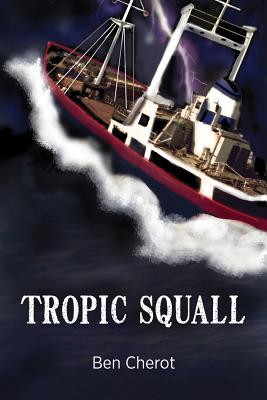 In August of 1992, one of the small tramp ships out of Miami that trade in the remote ports of the Caribbean is unaware it steams in the path of chaos---a hurricane named Andrew. The seafaring stalwarts who crew her ascribe to different ethics than those on land---they are a diverse group who live in a cruel environment, frightening while gratifying, with values derived from experiences unique to their world, while in both harmony and conflict with nature and fellow humans. Survival is their strongest ethic. The ship's first officer, Hogue, a mature and weather-beaten product of the West Virginia coal fields, has long aspired to become a master mariner and captain a ship, requiring he defeat a lust for booze. During the three-day voyage to Haiti, Hogue seduces Cora, a female passenger, which develops into a romance. But the battering of a hurricane threatens the existence of both.

A small-town boy born in Stonington, Connecticut, Ben Cherot became an exporter of high-tech communications equipment, traveling extensively in Latin America, shipping product by air and sea. Retiring in Florida, Ben pursued his lifelong desire to write fiction, so he took courses at Florida Atlantic University and attended workshops at the Universities of Florida, Georgia, and Miami. Ben also attended the Civilian Police Academy of Boynton Beach and took a criminal justice course to prepare for writing mysteries and thrillers---genres that he'll tackle in his next novel. Ben lives in Boynton Beach, Florida, with his wife, and less than a mile from two grandchildren. He enjoys golf, sailing, and fishing when he takes time out from writing.