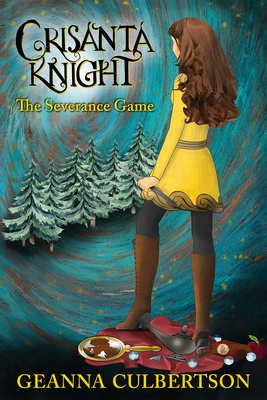 Great story with strong characters that are learning to use their inner strength as well as their fighting skills. I highly recommend the Chrisanta Knight books for any girl young or old. They are good clean fun!

A lot of questions ran through my head as I desperately clung to the roof of a magic train crossing over a gaping canyon. Like: How did I get here? What could I have done to avoid this fate? And, did I remember to shave my underarms before coming on this quest?

But even after taking on a witch in a gingerbread house, bloodthirsty actors, and a whole mess of magic hunters and other fairytale shenanigans, the biggest, most pressing question pulsing through my brain as my fingers started to slip and my enemy bore down on me was this: Could I really trust the person whose life I’d ruined to keep me from falling?

With antagonists closing in, inner demons threatening to consume me, and vivid nightmares chewing up my soul every time I shut my eyes, I was running out of options. I knew the moment to decide whether or not I could truly trust any of my friends was fast approaching. But my head and heart were stuck. For just like the precarious position I now found myself in, the pain of holding onto the path I’d chosen thus far was outmatched only by the worry I had over (gulp) letting it go…