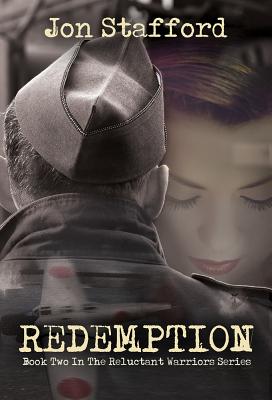 World War II, 1939-1945, was easily the most destructive war in history; claiming the lives of from fifty to sixty millions of people. This historical fiction takes us "behind the scenes" in the lives of everyday people who became reluctant warriors.

Each of the men depicted in this book—Joseph “Chip” Wiley, Jimmy DeValery, Harry Conners, and Theodore Rodgers—were admirable people who gave everything they had and became Army scouts, men in aircraft like the B-25, B-17, P-38, P-47. They went from the guy next door to operating Navy PT boats, submarines, destroyers, and heavy cruisers. They did what America and the world needed them to do.

These men, and the millions they represent, had lives, families, and careers they left behind. And they were not the only ones to report for duty: their families also had to fight daily battles through hardships, through defeats, through loss.

Reluctant Warriors brings these stories home to our hearts and reignites our gratitude for those who fight so we can live free.

Author Jon Stafford has had a lot of preparation for writing the Reluctant Warrior series about the experiences of individual U.S. soldiers in World War II. He was born in 1948, shortly after the war and had five uncles and too many family friends to mention who were in it. What he learned from the people he knew and from reading about the war for fifty some odd years is the similarity between persons then and now, whether men or women, young or old.

According to Stafford, Americans across the decades have similar responses to war. He writes of how men in 1942 looked forward with some zeal to going into combat, but soon that was replaced with the hopes and prayers that it would end soon. The zeal was replaced by a tremendous fear as to what would happen to them, to their fellow soldiers, and to their families.

Stafford believes that patriotism back then was rather the same as we have today. They had love of country and devotion to what we hold dear and the idea that what we have is worth fighting for has not changed.

Lastly, Stafford contends that people 70 years ago had very similar transitions to go through to step into combat as they do today. Back then, young soldiers went from bicycles to machine guns in a few short years; from BB guns to very complicated weaponry capable of tremendous death. Today they step from animated video games of war that entertain into real life and death circumstances.

Stafford was born in Michigan, the third of four children, and grew up outside of Chicago, attending college close to home. He ventured south to Alabama for his master's degree in Civil War history and worked toward his PhD at the University of South Carolina.

He now lives in Columbia, South Carolina, and, after retiring from a thirty-year career teaching history to high schoolers, spends his time as a residential building contractor, rehabbing houses.

When not writing, he can be found spending time with his two daughters and grandchild, reading history tomes, and watching classic movies. Nostalgic for a time now gone, Stafford is always rooting for the good guy: The good guys always win!