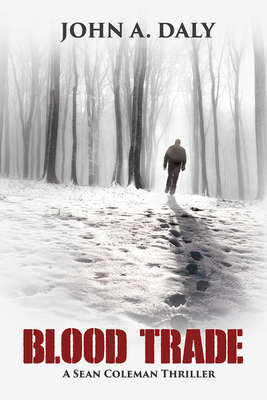 This book has so many twists, turns, mis-directions and layers of plot that I even forgot to eat where I was so involved. The characters are larger than life and when you think you know them there is another surprise just around the corner.

”Sean Coleman is back in the latest thriller from John A. Daly, set in the mountains of Winston, Colorado.

Six months after the murder of his uncle, Sean is trying to get his life together. He's stopped drinking, he's taking better care of himself, and he's working hard to keep a fledgling security business afloat. At a blood plasma bank Sean frequents to earn extra income, he meets the distraught relative of Andrew Carson, a man who went missing weeks earlier on the other side of the state, with a pool of blood in the snowy driveway of his home as the only clue to the man's fate.

Sean decides to help in the search for Carson and quickly finds himself immersed in a world of deception, desperation, and danger---a world in which nothing is what it seems, and few can get out of with their lives.

A lifelong Coloradoan, John A. Daly graduated from the University of Northern Colorado with a degree in business administration and computer information systems. With a thirst for creative expression that went beyond the logic and absolutes of computer programming, John developed an interest in writing. He currently writes political, cultural, and media analysis columns for a national news website, and a weekly parenting column for his local newspaper. "Blood Trade" is his second book in the "Sean Coleman Thriller" series.