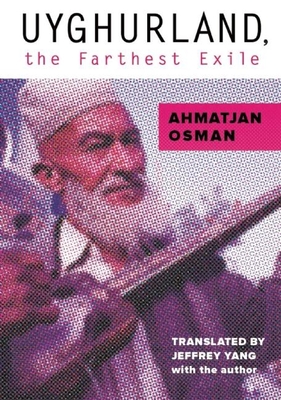 In Jeffrey Yang's collaborative translations from the Uyghur and Arabic, Uyghurland, the Farthest Exile collects over two decades of Ahmatjan Osman's poetry. Osman, the foremost Uyghur poet of his generation, channels his ancestors alongside Mallarm and Rimbaud to capture the sacred and philosophical, the ineffable and the transient, in a wholly unique lyric voice. Born in 1964, Osman grew up in Urumqi, the capital and largest city of East Turkistan. In 1982, he became one of the first Uyghur students to study abroad after the end of the Cultural Revolution, spending several years studying Arabic literature at Damascus University in Syria. Uyghurland is the first-ever collection of poetry to be translated from the Uyghur language into English.

Ahmatjan Osman, born in 1964, is among the foremost Uyghur poets of his generation. He grew up in Urumchi, the capital and the largest city of East Turkistan. Osman writes in both Uyghur and Arabic, and he has also translated the work of numerous poets into Uyghur, such as Octavio Paz, Paul Celan, Fernando Pessoa, and Adonis. He is recognized as one of the founders and leading lights of the New Poetry movement that emerged in Uyghur literary circles in the 1980s. His own literary influences range from modernists like Paul Celan and the Syrian poet Adonis to classical Uyghur authors like the 18th-century Sufi poet Meshrep. He is the author of eight collections of poetry, published in Syria and Xinjiang. Jeffrey Yang is the author of the poetry books Vanishing-Line and An Aquarium. He is the translator of Su Shi's East Slope and Liu Xiaobo's June Fourth Elegies. He is the editor of Birds, Beasts, and Seas: Nature Poems from New Directions and, with Natasha Wimmer, Two Lines: Some Kind of Beautiful Signal, which contained a special feature on Uyghur poetry. He works as an editor at New Directions Publishing and New York Review Books and lives in New York City.
Loading...
or support indie stores by buying on