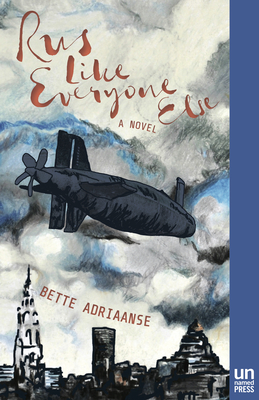 Rus is a creature of habit. His mother left him an apartment and a debit card, from which he withdraws money everyday to purchase a drink at Starbucks. Until Rus is told by a government agency that his apartment is illegal and that he owes taxes. Lots of taxes. Rus panics and his cash is stolen by a smooth talking Russian submarine captain. Meanwhile, as Rus capitulates to the demands of society and finds an office job with the help of a micro-managing new girlfriend, the neighborhood's local postal worker surveys the lives of its other residents with an omniscient eye: Mrs. Blue compulsively steals hand creams; a secretary struggles to make conversation (much less human connections); a delivery man desperately seeks to make a name for himself but struggles with his immigrant status; and an aging bachelor, hampered by extreme paranoia, will finally have the chance to meet the Queen (if he can just hold it together long enough). With Rus at the head of this lonely ensemble's search for meaning in a complicated and alienating world, debut novelist Adriaanse weaves together intersecting lives to create a mini-epic, one that charts a hidden resistance to corporate sameness and artificial relationships.

Bette Adriaanse is a writer and a visual artist. She was born in Amsterdam in 1984. Bette graduated from the Image and Language department at the Gerrit Rietveld Academy in Amsterdam in 2008 and received her M.A. in creative writing from Oxford University in 2010. She has published fiction in magazines for literature and philosophy, and she exhibits her visual work internationally. Rus Like Everyone Else is her first novel. She lives in London.
Loading...
or support indie stores by buying on