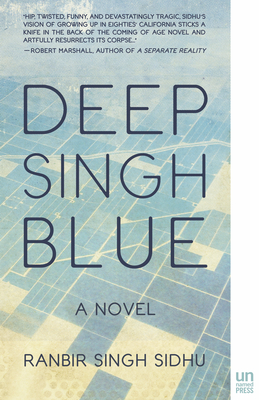 Deep Singh wants out -- out of his family, out of his city, and more than anything, out of his life. His parents argue over everything and his brother, who hasn't said a single word in over a year, suddenly turns to him one day and tells him to die. So when Lily, a beautiful, older, and married, woman, shows him more than a flicker of attention, he falls heedlessly in love. It doesn't help that Lily is an alcoholic, hates her husband, and doesn't think much of herself, or her immigrant Chinese mom either. As Deep's growing obsession with Lily begins to spin out of control, the rest of his life seems to mirror his desperation -- culminating in his brother's disappearance and an unfolding tragedy. Ranbir Singh Sidhu's debut takes us into the heart of another America, and into the lives of "the other Indians--the ones who don't get talked about and whose stories don't get written." With a sharp, funny and unsentimental eye, Sidhu chronicles the devastating consequences of racism in eighties' America and offers a portrait of a wildly dysfunctional family trying to gain a foothold in their adopted country.

Ranbir Singh Sidhu is the author of the story collection Good Indian Girls and is a winner of a Pushcart Prize and a New York Foundation for the Arts Fellowship. Deep Singh Blue is his first novel. He divides his time between the US, India, and Greece.
Loading...
or support indie stores by buying on