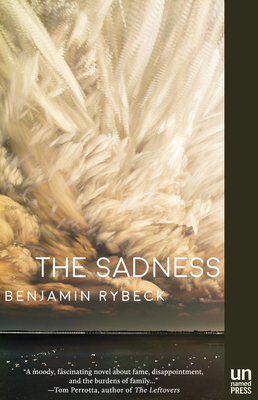 Broke and homeless at 30, Kelly Enright flees Arizona. Returning to her hometown of Portland, ME, her only plan is to track down her estranged but well-off father. But her twin brother, Max, is living in their deceased mother's home, and if anyone's more screwed up than Kelly, it's disheveled, misanthropic Max. Max has just one obsession: film. In particular, his own unfinished project from a decade earlier, which he believes is a masterpiece in the making. He dreams of completing it, but there's a major problem: Evelyn, his actress and muse, has recently disappeared. After seeing her name in the credits of a famous cult film shot in their hometown, Max thinks Evelyn's disappearance has something to do with the film, and an upcoming festival devoted to it. Kelly's arrival upsets Max's plans for finding Evelyn. Enter Penelope Hayward, the film's star and Kelly's high school best friend. Now a major Hollywood star, Penelope arrives in Portland as the festival's guest of honor. As Max's search for his lost leading lady becomes increasingly, absurdly self-destructive, Kelly must help her brother, who has never recovered from their mother's death.

Benjamin Rybeck is the marketing director at Brazos Bookstore in Houston, TX. He received an M.F.A. from the University of Arizona. His work has appeared in Kirkus Reviews, Electric Literature, The Rumpus, Literary Hub, The Nervous Breakdown, and elsewhere. The Sadness is his first novel. He lives in Houston, TX.
Loading...
or support indie stores by buying on