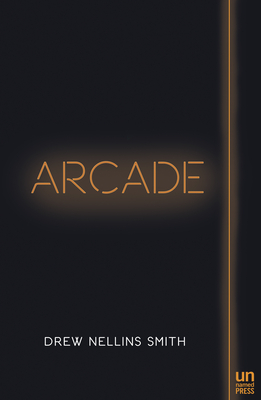 A new world opens up to Sam when, fresh from a breakup, he discovers a XXX peepshow on the outskirts of town. More than a mere venue for closeted men to meet for anonymous sex, it's an underground subculture populated by regular players, and marked by innumerable coded rules and customs. A welcome diversion from his dead-end job and the compulsive cyberstalking of the cop who broke his heart, Sam returns to the arcade again and again. When the bizarre setting triggers reflections on his own history and theories, he contemplates his anxious, religious upbringing in small-town Texas, the frightening overlap between horror movies and his love life, and the false expectations created by multiple childhood viewings of Close Encounters of the Third Kind. Then, of course, there is the subject of sex. As his connection to the place strengthens, and his actions both outside and within the peepshow escalate, Sam wavers between dismissing the arcade as a frivolous pastime and accepting it as the most meaningful place in his life. Arcade is a relentlessly candid and graphic account of one man's attempt to square immutable desire with a carefully constructed self-image on the brink.

Drew Nellins Smith's essays, reviews, and interviews have appeared in many places, including The Los Angeles Times, The Believer, Tin House, Paste Magazine, The Millions, and The Daily Beast. He lives in Austin, TX.
Loading...
or support indie stores by buying on