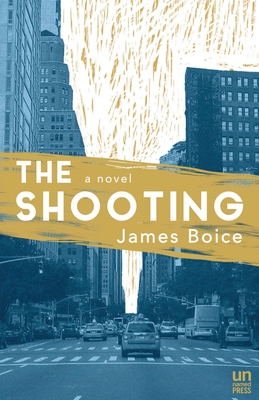 Meet the most hated woman in America: Jenny Sanders (also known as the country's most successful gun control advocate). On her way to New York City, to the site of yet another shooting, she encounters one of her many opponents. Their shocking collision will plunge you directly into the world of James Boice's fourth and most urgent novel. It begins with Lee Fisher, a boy raised as a patriot and native son who cannot escape the influence of his troubled father. The heir to a massive family fortune, Lee struggles to find his place in the world. By the time a stranger walks through the unlocked door of his New York City penthouse, Lee is as terrified by his own isolation as he is by the threat posed by the intruder. The stranger -- unarmed teenager Clayton Kabede -- carries with him an immigrant story as profound as the American experience itself. Refugees and militia men, Russian physicists and inner city teens, Rikers Island inmates and Second Amendment repealists, beat cops and $1000-per-hour defense attorneys -- James Boice delivers an unprecedented portrait of contemporary America through the prism of a single shooting.

James Boice is the author of three previous novels, "MVP, NoVA," and "The Good and the Ghastly," all published by Scribner. His work has appeared in "Esquire, McSweeney's, Salt Hill, Fiction Magazine," and "Writer's Digest," among other places. In 2006 he was selected as the New Voice in the "Esquire" 100. He lives in Brooklyn, NY.
Loading...
or support indie stores by buying on