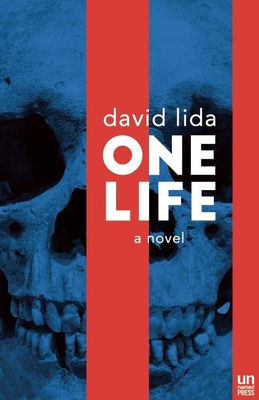 Richard, an American in Mexico, helps save the lives of the guilty. A mitigation specialist, hired by defense teams on capital cases in the U.S., he combs the back roads of starving-to-death Mexican shanty towns and agricultural villages. Divorced, a failed novelist with no family, and not too keen on attachments, he investigates the traumatic personal histories of undocumented Mexicans facing the death penalty in his home country. Esperanza is a young woman from the destitute Mexican hamlet of Puroaire. Trying to escape a life of poverty and abuse, her journey leads her to the United States, where she works on a cleanup crew after Hurricane Katrina. Her harrowing adventure is like that of millions of undocumented workers in the U.S. -- until she finds herself in a jail cell, accused of murdering her baby. When Richard visits Esperanza in jail, the boundaries of his closely circumscribed life explode. Set in the American South and in rural Mexico, One Life examines the indelible links between life and death, sex and love. It's at once a page-turning mystery and a profound examination of freedom and justice.

David Lida is the author of four books, including the very well received travel narrative First Stop in the New World (Riverhead, 2009). One Life is his first novel and will be published in Mexico in Spanish in 2016. He has been a journalist for more than twenty years, principally in the U.S. and Mexico, but also for magazines in England, Canada and Peru. He is based in Mexico City. When he is not writing, he works as an investigator for lawyers in the U.S. who defend Latin Americans that are facing the death penalty.
or support indie stores by buying on
Copyright © 2020 American Booksellers Association