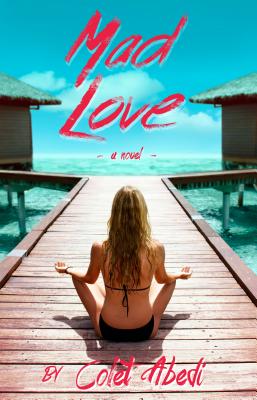 23-year-old aspiring artist Sophie Walker can think of no better place than the exotic paradise of the Maldives Islands to escape the wrath of her controlling parents, the monotony of her boring legal work and her passionless boyfriend. With her two best friends along for the ride and to help her find herself again, Sophie is not prepared for the enigmatic Clayton Sinclair. Clayton comes from another world of privilege that seems like a fantasy to Sophie. Can this man introduce her to the passion & seduction she never realized she was desperately searching for? Sophie quickly becomes ensnared in Clayton's seductive web until a shocking treachery makes her question her judgment and actions...

Colet Abedi has been an entertainment industry executive for over ten years. In addition to working on many television programs for NBC, ABC, FOX, and most cable networks, she is best known for her work as head writer for the telenovela serials" American Heiress "and "Fashion House, " the latter of which starred Bo Derek and Morgan Fairchild, on the FOX-owned MyNetworkTV. Abedi currently has two television series in syndication, "Unsealed: Alien Files" and "Unsealed: Conspiracy Files," and has completed "Five Souls," her first feature film. She is also the co-author of young adult fiction novel, "FAE." Book one was released July 2013 by Diversion Publishing Group and was an instant online bestseller. "The Dark King," the second in the planned FAE trilogy, will be released May 2014. "FAE" was recently optioned by Ridley Scott. Colet is a native of California, graduated with a B.A. in English literature from the University of California at Irvine, and currently lives in Los Angeles with her husband and three dogs.
Loading...
or
Not Currently Available for Direct Purchase