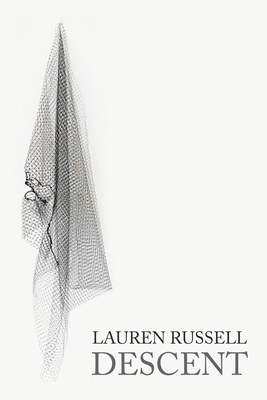 Poetry. African & African American Studies. Women's Studies. LGBTQIA Studies. In 2013, poet Lauren Russell acquired a copy of the diary of her great-great-grandfather, Robert Wallace Hubert, a Captain in the Confederate Army. After his return from the Civil War, he fathered twenty children by three of his former slaves. One of those children was the poet's great-grandmother. Through several years of research, Russell would seek the words to fill the diary's omissions and to imagine the voice of her great-great-grandmother, Peggy Hubert, a black woman silenced by history. The result is a hybrid work of verse, prose, images and documents that traverses centuries as the past bleeds into the present.

In DESCENT, the very talented poet Lauren Russell shows us how to write what we do not know; to give with grace and dignity, humanity to names on the family tree. DESCENT is a search for truths felt in one's bones.--Brenda Coultas

An audacious, acid, lyrical re-membering that asks, what do we demand of the past, and what to do with its refusal? Russell's deep archive would not answer her back. With DESCENT, however, she speaks to us. Sit all the way down and listen up.--Douglas Kearney

Lauren Russell's stellar new book-length poem...portrays a rich, Black American ancestral record. Sifting nimbly through all manner of documentation and employing form in revelatory ways, Russell's poems are as much ascent into a present shaped by the past as descent from America's true heroic figures.--John Keene