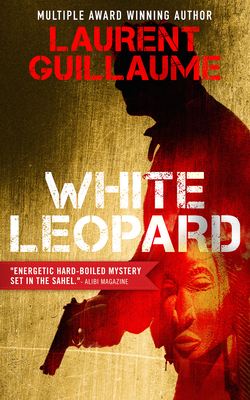 A man torn between two continents finds himself in a dangerous confrontation between tradition and corruption. Solo is a former cop who ran away from a dark past in France to start his life over again in Bamako, Mali, as a PI. An ordinary case turns out to be not so ordinary. The drug mule gets her throat slit. The French lawyer is too beautiful and too well-informed. The cocaine is too plentiful. This is classic hard-boiled noir with a modern twist set in Africa.

After a successful career in law enforcement, Laurent Guillaume is now a full-time, award-winning crime fiction writer. He studied law, then served France, and graduated from the police academy a lieutenant. He started working urban crimes in the projects outside of Paris. His unit's logo was a bat and the men called Batmen. They worked nights, in direct contact with dealers and drug addicts, thieves and vandals, traffickers and the down-and-out. His excellent physical and organizational skills led him abroad, on missions of international cooperation in Chad and North Africa. Back in France, he returned to his home region of Annecy for a calmer job. There, he discovered crime fiction and began reading the genre's founding writers. Eager to be on the move again, he signed up to be an advisor to the police in Mali in 2007, where he specialized in fighting drug trafficking. It was in Mali he began to write. Two novels, two literary prizes and TV rights sold right off the bat, Guillaume returned to France in 2011 to work financial crimes in Annecy. In 2013, he left behind the red tape, judges and lawyers to write full time. He has seven published novels to date. White Leopard is the first to be translated into English.
Loading...
or
Not Currently Available for Direct Purchase