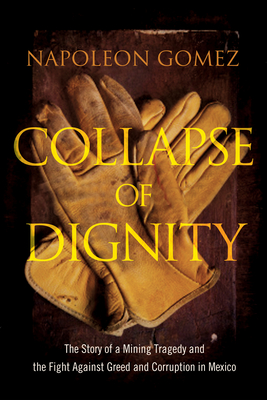 
In the early morning hours of February 19, 2006, a sudden blast shook a coal mine in northern Mexico, trapping sixty-five workers in a subterranean tunnel. Napoleon Gomez, head of the fiercely independent union that represented the workers, was appalled by what he found at the scene: labor department inspectors and the company operating the mine had ignored the egregiously hazardous state of the work site and were failing miserably at a rescue effort. Rather than focusing on saving lives, they were busy downplaying the company's role in the collapse and selling false hope to the families camped out at the mouth of the mine. Less than a week after the explosion, Mexico's labor secretary called off the rescue, leaving the lost men to their fates. The senseless tragedy--stemming directly from an insatiable hunger for profits--set off a massive confrontation between the National Miners' Union and the transnational corporations that wield great power in the country's government. Over seven tumultuous years, Gomez waged a battle against Mexico's corrupt politicians and voraciously greedy businessmen, insisting that the mine blast was an "industrial homicide" and that those responsible must be held accountable for it. Told with candor and passion, Collapse of Dignity is Gomez's account of the union's fight, mounted in the face of traitors, armed aggression, death threats, and a political alliance extending all the way up to the presidential residence at Los Pinos. As he fends off absurdly complex legal charges, organizes the resistance from exile in Canada, and uncovers an anti-union conspiracy stretching back to years before the explosion, he only becomes more committed to fighting for the rights of Los Mineros--and by extension the workers of every country. Gomez's story is one of outrage, but also one of hope. Though Collapse of Dignity lays bare sickening injustice and inexcusable aggression against the Mexican working class, it is at its core a fervent call for a global workers' movement that will represent the fundamental rights of every person who works for a living.

Napoleon Gomez Urrutia's struggle for union democracy and for the respect and dignity of workers is well known worldwide. He has served as general secretary of the National Mining and Metal Workers Union since his unanimous election in 2002, and was reelected unanimously for a new six-year term in 2008 in addition to being elected president of the union in 2012. An Oxford-educated economist, Gomez also graduated with honors from the Department of Economics at the National Autonomous University of Mexico. For twelve years, he served as director of the Mexican Mint and is the only Mexican to serve as international president of the Mint Directors Conference, a position he held for two years. Gomez was the 2011 recipient of the AFL-CIO's prestigious International Meany-Kirkland Human Rights Award, and in the same year, he was nominated for the Edelstam Prize and the Arthur Svensson International Prize for Trade Union Rights. He is also a member of the executive committee of IndustriALL Global Union, the world's most powerful union organization. He works closely with leaders of unions around the world, including the United Steelworkers Union of North America.
or support indie stores by buying on