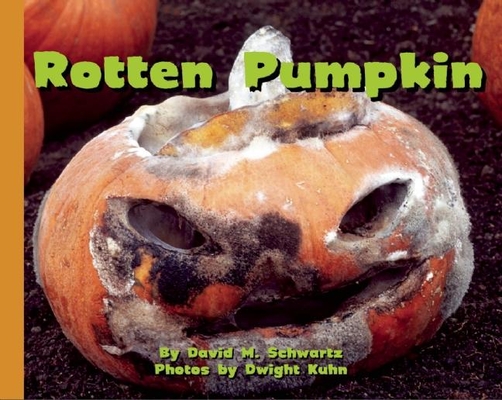 In brilliant images and an easy-to-understand text, Schwartz and Kuhn tell the story of what happens to a Jack O' Lantern after Halloween. Compost won't mean the same thing after you've seen the amazing transformation of Jack from grinning pumpkin to mold-mottled wreckage to hopeful green shoot. Part story, part science, and a whole lot of fun.

David Schwartz is the author of over 50 math and science books, including many popular titles such as How Much is a Million?, G is for Googol and If You Hopped Like a Frog. His math and science presentations have delighted students in over 1,000 schools in almost every state and many foreign countries. With Dwight Kuhn, David produced Where in the Wild? Camouflaged Creatures Concealed and Revealed, which won the SB&F Prize for Excellence in Science Literature and the Animal Behavior Society's Outstanding Children's Book Award. He lives in Oakland, CA. Dwight Kuhn has illustrated more than 140 children's books on nature and biology with his brilliant photographs. His images have also appeared in major magazines and textbooks. Dwight was one of ten photographers featured in Susan Rayfield's Wildlife Photography: The Art and Technique of Ten Masters. He lives in Maine.
Loading...
or
Not Currently Available for Direct Purchase