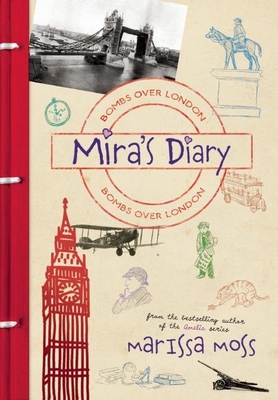 In the third book of this popular time-travel series, Mira navigates her way through World War I-era London, meeting famous suffragists and writers like Sir Arthur Conan Doyle. Instructed by her time-traveling mother to steal a German spy's briefcase full of secrets and pass on the information to British Intelligence, Mira struggles with whether the changes she has been working for are the right thing to do after all. How much control do we really want of history? When is it best to leave our fate in destiny's hands?

Marissa Moss has written and illustrated more than 50 books for children. Her popular Amelia's Notebook series has sold millions of copies and been translated into five languages. The recipient of numerous awards, including ALA Notable, Best Books in Booklist, Amelia Bloomer Pick of the List, and the California Book Award, she lives in Berkeley, CA.
Loading...
or
Not Currently Available for Direct Purchase