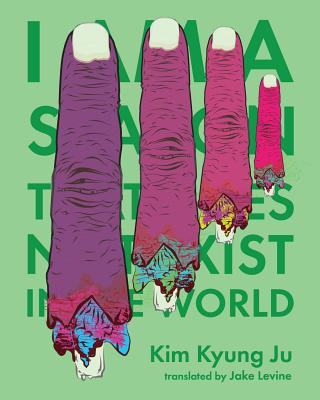 I Am a Season That Does Not Exist in the World

Translated from the Korean by Jake Levine. Kim Kyung Ju's poetry operates in a world where no one seems to belong: "the living are born in the dead people's world, and the dead are born in the living." Already in its thirtieth edition in Korea, I AM A SEASON THAT DOES NOT EXIST IN THE WORLD is one of the most important books in the movement Korean critics have called Miraepa or future movement. Destructive forces like social isolation, disease, and ecological degradation are transformed into gateways to the sublime where human action takes on the mythic and chaotic quality of nature. Conflating human agency with the natural order, Kim's poems have been called by critics both a blessing and a curse to Korean literature. This book will be a startling English-language debut for one of the best-known poets writing in Korean today.

Kim Kyung Ju is a Seoul-based poet, dramatist and performance artist. His plays have been produced abroad in several countries and his poetry and essays are widely anthologized in South Korea. He has written and translated over a dozen books of poetry, essays, and plays, and has been the recipient of many prizes and awards, including the Korean government's Today's Young Artist Prize and the Kim Su-yong Contemporary Poetry Award. His first book of poetry, I Am A Season That Does Not Exist In This World, was also translated by Jake Levine and published in English by Black Ocean. Jake Levine has been the recipient of numerous grants and awards, including funding from the Korean Translation Institute, a Korean Government scholarship, and a Fulbright scholarship. He writes a series of syndicated articles in the Korean literary magazine Munjang, translating and introducing contemporary American poets to a Korean general audience. He is the author of two poetry chapbooks, edits at Spork Press, holds an M.F.A from the University of Arizona, and is currently getting his PhD in comparative literature at Seoul National University.
Loading...
or
Not Currently Available for Direct Purchase