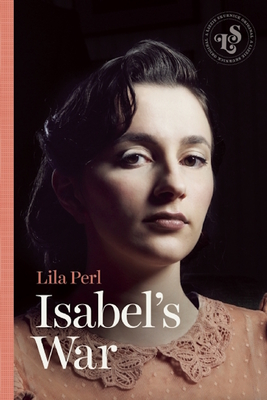 In a stunning new novel completed just before her death in 2013, award-winning author Lila Perl introduces us to Isabel Brandt, a French-phrase-dropping twelve-year-old New Yorker who's more interested in boys and bobbing her nose than the distant war across the Pacific--the one her parents keep reminding her to care more about. Things change when Helga, the beautiful niece of her parent's best friends, comes to live with Isabel and her family. Helga is everything Isabel's not--cool, blonde, and vaguely aloof. She's also a German war refugee, with a past that gives a growing Isabel something more important to think about than boys and her own looks. Set in the Bronx during World War II, Isabel's War is a beautiful evocation of New York in the 1940s and of a girl's growing awareness of the world around her.

Lila Perl, the daughter of Russian immigrants fleeing anti-Semitism, published over sixty volumes of fiction and nonfiction for young readers during her long and distinguished career. In addition to the beloved Fat Glenda series, Perl twice received American Library Association Notable awards for nonfiction and was a recipient of the Sidney Taylor Award for Four Perfect Pebbles: A Holocaust Story. She died in 2013 at the age of ninety-two. Isabel's War and its completed sequel, Lilli's Quest, were her final works.
Loading...
or
Not Currently Available for Direct Purchase