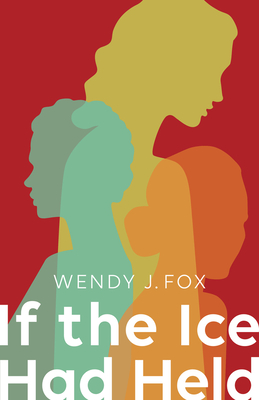 If the Ice Had Held (SFWP Literary Awards)

Melanie Henderson's life is a lie. The scandal of her birth and the identity of her true parents is kept from her family's small, conservative Colorado town. Not even she knows the truth: that her birth mother was just 14 and unmarried to her father, a local boy who drowned when he tried to take a shortcut across an icy river. Thirty-five years later, in Denver, Melanie dabbles in affairs with married men while clinging to a corporate job that gives her life order even as her tenuous relationships fall apart. She still hasn’t learned that the woman who raised her is actually her aunt—or that her birth mother visits her almost every day. This fiercely-guarded secret bonds the two most important women in her life, who hatched a plan to trade places and give Melanie a life unmarred by shame. Yet, as a forest fire rages through the Rocky Mountains and a car accident shakes the family, Melanie finds herself at the center of an unraveling tangle of tragedy and heartbreak. If the Ice Had Held speaks with a natural lyricism, and presents a cast of characters who quietly struggle through complicated lives.

Praise For If the Ice Had Held (SFWP Literary Awards)…

“A kind of suspense is built into the very structure of If the Ice Had Held. I became more and more invested in each character and storyline and more and more eager to see how they would intersect—I found it nearly impossible to put the book down.” —Small Press Picks

"IF THE ICE HAD HELD, at its heart a story about second chances, is both haunting and luminous. I was captivated by how, in the aftershock of tragedy, these memorable characters try to find their way toward some brighter place. Expertly shifting back and forth in time, Fox has crafted an intricate mosaic shimmering with gorgeous prose." —Heather Bell Adams, author of Maranatha Road

"Fox delivers finely observed, lyrical, storytelling, persuasive in its depiction of everyday unions and choices... this is eloquent tale-spinning lit by unshowy portraiture. A small world, but a perceptible talent." —Kirkus

"Throughout, Fox pivots seamlessly among the perspectives of these key players, crafting a poignant story that questions fate and free will." —
arianna rebolini, Buzzfeed

"I marveled at the kaleidoscopic effect that Fox gives readers of the connections across time, across families, across life... Fox’s writing is cool, serene and stripped clean of sentimentality. She is a dry-eyed documentarian with a keen eye and a terrific ear." —MARK H. STEVENS, Pank

"...incisive, marrow-chilling...Fox brings to the family saga a poet’s eye...and she inscribes it in vivid prose that lingers...like the beautiful ache of the cold." —Patrick Thomas Henry, Necessary Fiction

"A terrific novel [that] weaves several different stories, across a span of time, and it all culminates in one of the best final chapters I've read in a novel in a long time." —David Abrams, Founder, The Quivering Pen. Author, Brave Deeds

"The issues Fox examines and the relationships she draws between her characters speak to the human experience, causing If the Ice Had Held to be innovative and effective." —Hannah Jackson, Heavy Feather Review

"…compelling…gripping…not to be missed. Most dazzling about If the Ice Had Held is the artistic finesse with which Fox eases readers through shifts in time and perspective.” —Nicole Rivas, Split Lip Magazine

"Fox draws readers into her story with simple prose and vivid imagery, offering a contained space for readers to ease into her narrators' shoes and recognize the familiar in the world reflected around them. Her prose reads like a peek into the quiet monologues of lives happening around you." —Megan McCarter, Midwest Book Review

"The titular ice of Wendy J. Fox’s intricate, richly drawn novel lies beneath a teenage boy who would have become a father. When he falls through, his 14-year-old girlfriend is still pregnant, and because of her age, she lets the boy’s sister raise the child as if she were her own. A story of secrets and choices, Fox eschews conventional revelations to explore deeper connections. Sarah Mollo-Christensen narrates the audiobook with warmth and patience. Her voice work is minimal, a welcome approach for a novel with so many characters. Fox’s generosity to her characters echoes in Mollo-Christensen’s even narration. The daughter at the novel’s center is Melanie, an executive who laments the way she “spent so much of life with people picked by a hiring committee.” She fills the void, or tries to, with business-trip hook-ups, one of whom refuses to take one-night stand for an answer. If the Ice Had Held pans to a wide cast of point-of-view characters, but Melanie anchors the narrative, and her humor evokes Maria Semple at her satirical best. “My children are four and six.” “Oh, those are such fun ages,” Melanie said, which is what she usually said about people’s children, no matter how old they were. The novel’s nuanced, panoramic structure also benefits from the audiobook’s less-is-more approach. Mollo-Christensen lets Fox’s prose and characterization do the heavy lifting, and when the novel’s pieces snap into place in the final chapters, the understatement, by author and narrator, carry the weight of what hasn’t been said."—James Tate Hill, LitHub

"Wendy J. Fox’s novel If the Ice Had Held tells the story of the cold and lonely landscape of the Mile High City, with honesty and tenderness, from one woman’s perspective. It’s a book about harbored secrets and shared discovery, told in lyric style." —Teague Bohlen, WestWord

"Fox uses concise, exquisitely worded descriptions to create a compelling story comprised of numerous layers and multiple unique voices. The atonal discord of Fox’s characters in If the Ice had Held is astonishingly melodic and seductive." —Lisa Morrow,  Laurel Review

Wendy J. Fox is the author of The Seven Stages of Anger and Other Stories and The Pull of It. She received her MFA from Eastern Washington University, and her work has been published or is forthcoming in many literary reviews, websites, and blogs.
Loading...
or support indie stores by buying on