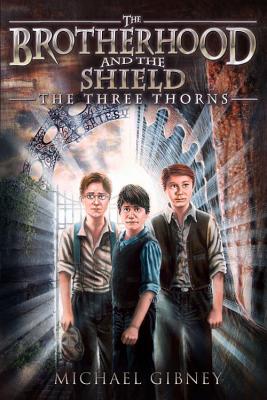 Three brothers born to a powerful fallen king were abandoned at birth and cast out as orphans. By order of the false king, three of the most lethal assassins have been sent to kill the children before they come of age and plot to avenge their father's throne. No one knows where the children are, and the children have no knowledge of one another. But that all changes when Benjamin, Tommy, and Sebastian join together to face adversity, an unspeakable evil, and the temptations of magical powers. This is the first installment of an exciting children's fantasy series about the power of family.

Michael Gibney is a writer and painter whose interests in world politics, literature, and the love of film encouraged him to do his studies at the early age of sixteen within the media and journalism field. His storytelling is derived from his personal heroes and experiences in his own childhood having grown up in Belfast during the country s dark history. He lives in Carrickfergus, Antrim (Northern Ireland)."
Loading...
or
Not Currently Available for Direct Purchase