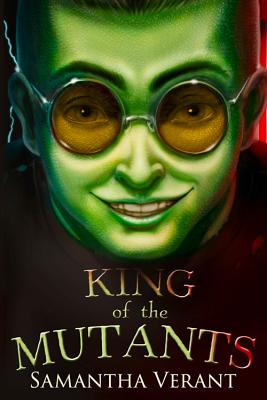 King of the Mutants

Maverick Mercury is the sideshow attraction known as Gator Boy at Grumbling's Traveling Circus and Sideshow. Despite being routinely kicked around by the other performers, Maverick has always been comfortable in his skin. That is, until he overhears Burt Grumbling talking about him behind his reptilian-like back. It seems Maverick's freakish mutations are the result of some billionaire geneticist's experiments gone awry. Apparently, this guy kidnaps kids, turns them into supermutants, and sells their powers to the highest bidder. Now, Maverick is on a mission to find the mad scientist who may have created him. All he has to do is steal some wheels from Burt, escape the clutches of one-eyed Yorgi and his gang of killer clowns, and make his way from some Podunk town in Florida to the Big Apple.

Samantha Verant is an advertising designer who has worked at some of the biggest agencies in Chicago. She is a classically trained mezzo-soprano who is also skilled in acting and art. Through writing, she is able to pursue all of her talents. Originally from Chicago, she currently lives in Acacias, Cugnaux (France).
Loading...
or
Not Currently Available for Direct Purchase