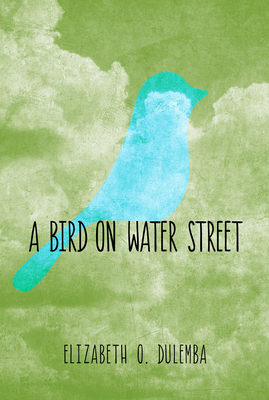 A Bird on Water Street

When the birds return to Water Street, will anyone be left to hear them sing?

A Bird on Water Street is a coming of age story about Jack, a boy growing up in a Southern Appalachian town environmentally devastated by a century of poor copper-mining practices and pollution. Jack is opposed to the mine where so many of his relatives have died, but how can he tell that to his Dad who wants him to follow in the family trade? Jack just wants his dad safe and the land returned to its pre-mining glory with trees, birds, frogs, and nature--like he's learning about in school. After Jack's uncle is killed in a mining accident and the Company implements a massive layoff, the union organizes and the miners go on strike. It seems Jack's wish is coming true. But the cost may be the ruin of his home and everything he loves.

Elizabeth O. Dulemba has written or illustrated over two dozen books for children, including her historical fiction debut A Bird on Water Street, winner of more than a dozen literary awards. She received a BFA from the University of Georgia, served as Illustrator Coordinator for the southern region of the Society of Children's Book Writers and Illustrators, and served as a Board Member for the Georgia Center for the Book. She is currently pursuing an MFA in Illustration from the University of Edinburgh in Scotland. During the summers, she hops across the pond to teach Picture Book Design in the MFA in Writing and Illustrating Children's Books program at Hollins University in Roanoke, Virginia. She enjoys traveling and seeing new sights with her husband, Stan. Visit Elizabeth online at dulemba.com.
Loading...
or
Not Currently Available for Direct Purchase