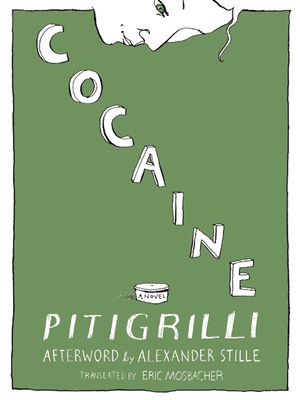 "Cocaine is a brilliant black comedy that belongs on the same shelf as Evelyn Waugh's Vile Bodies and Dawn Powell's The Wicked Pavilion. Pitigrilli is an acidic aphorist and a wicked observer of social folly."--Jay McInerney, author of Bright Lights, Big City and Brightness Falls

"The name of the author Pitigrilli ... is so well known in Italy as to be almost a byword for 'naughtiness' ... The only wonder to us is that some enterprising translator did not render some of his books available in English sooner."
- The New York Times,

Paris in the 1920s--dizzy and decadent. Where a young man can make a fortune with his wits . . . unless he is led into temptation. Cocaine's dandified hero Tito Arnaudi invents lurid scandals and gruesome deaths, and sells these stories to the newspapers. But his own life becomes even more outrageous than his press reports when he acquires three demanding mistresses. Elegant, witty, and wicked, Pitigrilli's classic novel was first published in Italian in 1921 and charts the comedy and tragedy of a young man's downfall and the lure of a bygone era. The novel's descriptions of sex and drug use prompted church authorities to place it on a list of forbidden books. Cocaine retains its venom even today.

Pitigrilli was the pen name of Dino Segre, born in Turin in 1893. He worked as a foreign correspondent in Paris during the 1920s, and became equally celebrated and notorious for a series of audacious and subversive books. He died in 1975.

Pitigrilli was the pseudonym of Dino Segre, born in Turin in 1893 to a well-to-do Jewish father and a Catholic mother. He worked as a foreign correspondent in Paris during the 1920s, and under his pen name became equally celebrated and notorious for a series of audacious and subversive books that were translated into sixteen languages. His works are imbued with a sense of amorality; Pitigrilli himself was accused of serving as an informant to the fascist authorities under Mussolini. Il Duce defended the writer against accusations of perversity, saying: "Pitigrilli is right ... he photographs the times. If society is corrupt, it's not his fault." Pitigrilli fled Italy after the German occupation, living in Switzerland and Argentina, but returned to Turin and converted to Catholicism before his death in 1975. Eric Mosbacher translated over one hundred works including writings by Ignazio Silone, Giovanni Verga, Leo Perutz, Sigmund Freud, Siegfried Kracauer and Witold Gombrowicz. He lived in London with his wife and translation collaborator, Gwenda David, until his death in 1998. Alexander Stille is an author and journalist whose books include Benevolence and Betrayal: Five Italian Jewish Families Under Fascism; Excellent Cadavers: The Mafia and the Death of the First Italian Republic; and The Sack of Rome.

"Seriously wicked ... It deals playfully and brutally with provocative issues of promiscuity, prostitution and ecstasy, and remains at its heart filled with pure, romantic longing." - Die Zeit

"Pitigrilli was an enjoyable writer - spicy and rapid - like lightning." - Umberto Eco