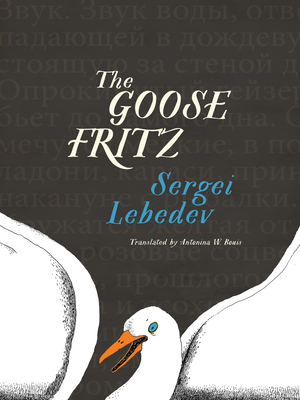 "Lebedev's characters seek ways to cut the umbilical cord with the past."
--Svetlana Alexievich, winner of the Nobel Prize for Literature

This revelatory novel shows why Karl Ove Knausgaard has likened its celebrated Russian author to an "indomitable ... animal that won't let go of something when it gets its teeth into it." The book tells the story of a young Russian named Kirill, the sole survivor of a once numerous clan of German origin, who delves relentlessly into the unresolved past. His ancestor, Balthasar Schwerdt, migrated to the Russian Empire in the early 1800s, bringing with him the practice of alternative medicine and becoming captive to an erratic nobleman who had supplied dwarves, hunchbacks from Africa, and magicians to entertain Catherine the Great. Kirill's investigation takes us through centuries of turmoil during which none of the German's nine children or their descendants can escape their adoptive country's cruel fate. Intent on uncovering buried mysteries, Kirill searches archives and cemeteries across Europe, while pressing witnesses for keys to understanding. The Goose Fritz illuminates both personal and political history in a passion-filled family saga about an often confounding country that has long fascinated the world.

Sergei Lebedev was born in Moscow in 1981 and worked for seven years on geological expeditions in northern Russia and Central Asia. Lebedev is a poet, essayist and journalist. Oblivion, his first novel, has been translated into many languages and was named one of the ten best novels of 2016 by The Wall Street Journal. Lebedev's second novel, Year of the Comet, has also received considerable acclaim.Antonina W. Bouis, who translated all three of Sergei Lebedev's novels, is one of the leading translators of Russian literature working today. She has translated over 80 works from authors such as Evgeny Yevtushenko, Mikhail Bulgakov, Andrei Sakharov, Sergei Dovlatov and Arkady and Boris Strugatsky. Bouis, previously executive director of the Soros Foundation in the former USSR, now lives in New York City.
or
Buy Here
Copyright © 2020 American Booksellers Association